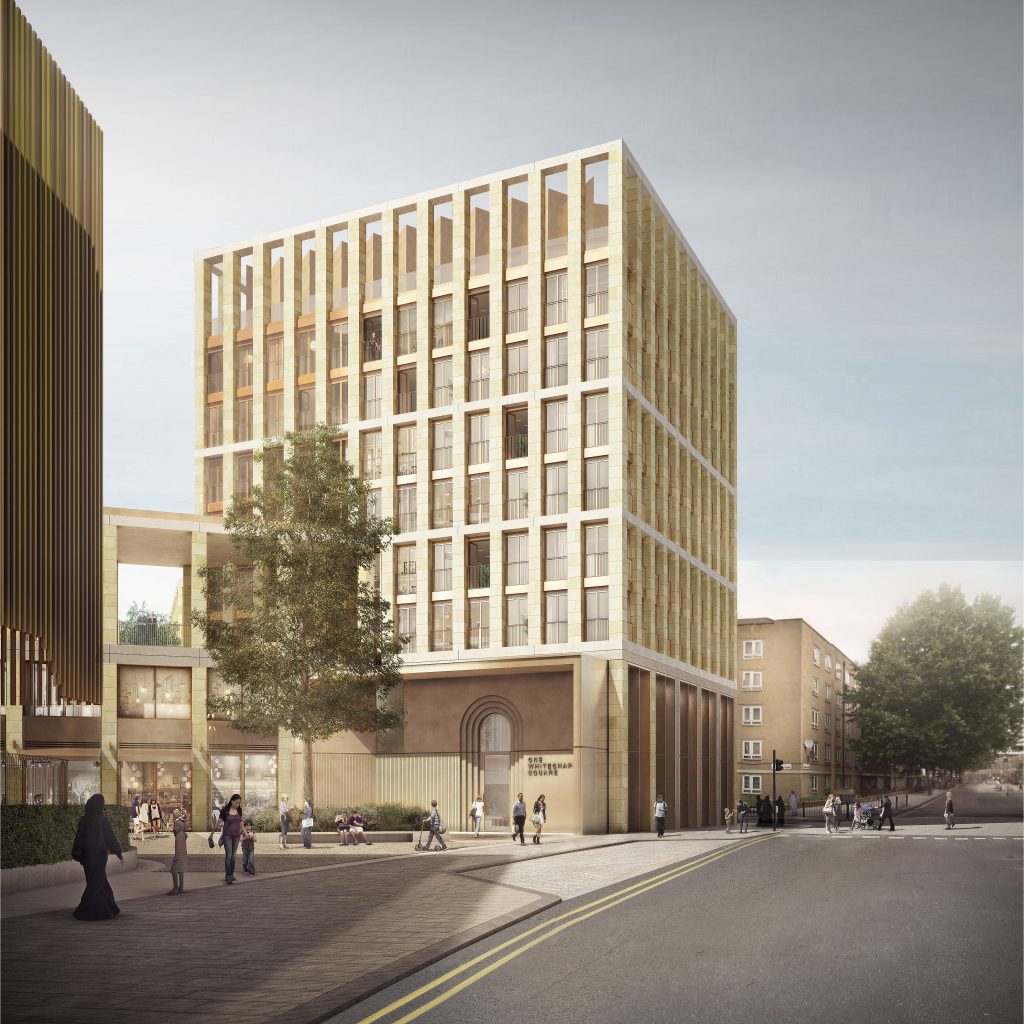 The date has been set for Sainsbury’s conjoined Appeals on both of our Whitechapel Square schemes. The two schemes only differ in the height of the landmark building, which sits on the site designated for a landmark building within Tower Hamlets & the GLA’s Whitechapel Vision. The first scheme, with a 28 storey landmark building, was submitted in 2015 and was rejected in March 2017 on heritage grounds and for a lack of affordable housing. Sainsbury’s appealed on the grounds of non determination on the second scheme in November 2017, which has a much reduced 9 storey landmark building (pictured) and consequently less affordable housing than the first scheme. The Appeals will be heard at a public inquiry in October with Principal Director, Ross Hutchinson giving evidence at the Appeal.

BD article about the Appeal