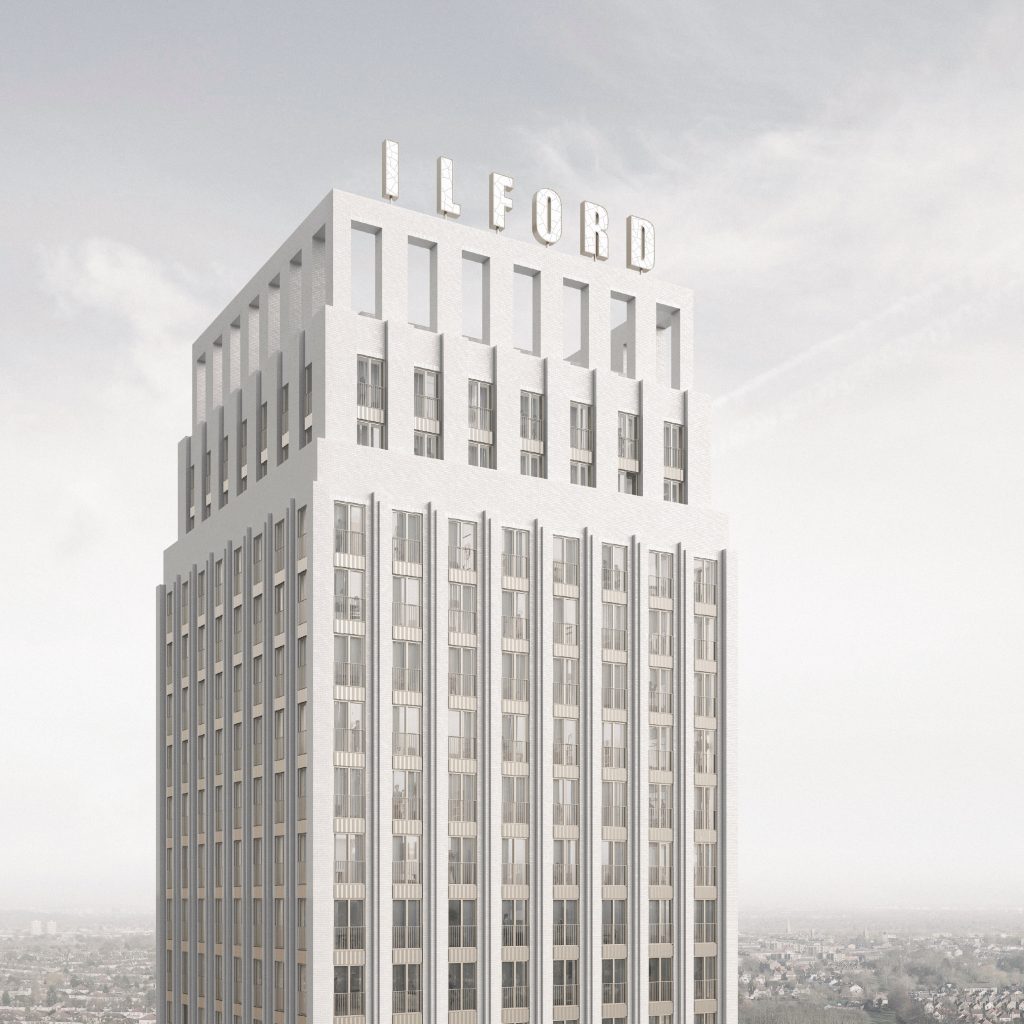 The Secretary of State has granted planning approval this week for our mixed-use scheme in the heart of Ilford. The £200m project, for Sainsbury’s Property Investments, sought to regenerate the site of an existing supermarket and create a major mixed use scheme set within a revitalised public realm. The site has been highlighted as one of the key opportunities for regeneration within Ilford Town Centre, and is expected to act as a catalyst for new development in the area with the impending arrival of a new Crossrail link and the Housing Zone status that has been awarded to Ilford Town Centre. The proposals include a new supermarket, cafes, restaurants and employment space as well as 683 homes arranged in 10 buildings and two terraced streets set within a series of landscaped squares and gardens. The scheme was submitted for planning in April 2016, but was refused by the London Borough Redbridge Planning Committee in July 2016 on the grounds of a perceived lack of affordable housing, a position which was later withdrawn in the week prior to the Public Inquiry in October 2017. In their Decision Notice, the Secretary of State agreed with the Inspector that the proposals would ‘represent a high quality of design and would create a new, stylish, well-landscaped and well-proportioned development, appropriate to its setting and surrounding.’ The quality of design was also praised by CABE and the GLA in their consultation response to the application. We are very pleased that four years on from when we commenced work on the project that we will see the proposals progress to the next stage of design development.